The status of Equatoria during colonialism 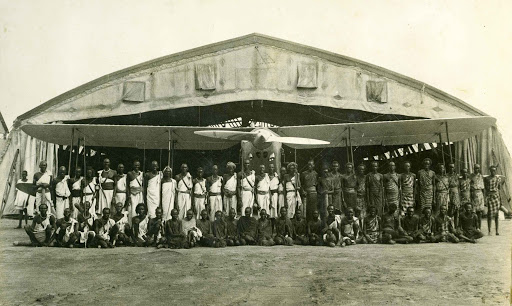 The name Equatoria as geographical area in South Sudan is also is synonymous with the inhabitants of the area. This area was formerly known as Lado Enclave, with its capital in Gondokoro.
According to an article in, “The hidden Kingdom of Africa, King of Lado.” The Lado Kingdom was part of the ancient Egyptian Kingdom that broke away and formed their independent Kingdom, South of the other two kingdom of Nubia and Mukuria.
The lado enclave covered a large area that extends to present day Uganda and part of Congo.
Prior to the Lado Enclave being annexed under the Turko-Egyptian rule, this Kingdom was involved in barter trade. People from the surrounding areas would bring their ivory, iron and other goods to be exchanged with foreign goods. People came from as far as Ethiopia to bring their goods in Gondokoro.

The name Lado was replaced by Sir Samuel White Baker, who was the first governor general of the to Equatoria province. Sir Samuel White Baker, who also held the title Pasha (Governor-general), a title given by the Othman Ruling Authority in Egypt, was born on June 8, 1821 in London and died on December 30, 1893.
In February 1863 during his first expedition to the area to find the source of the Nile, Samuel, found bustling trading activities in the capital of the Lado Enclave, Gondokoro. Because of this successful expedition, Samuel was knighted on his return to England [Encyclopedia Britannica].

Impressed by Samuel, in 1869 the Ottoman viceroy or Khedive (a ruler exercising authority in a colony on behalf of a sovereign country) of Egypt, Ismail Pasha, asked Samuel Baker to command a military expedition to the Nile equatorial regions. There the explorer helped to put down the slave trade and annexed territories of which he was appointed governor general for four years. [His books include The Rifle and the Hound in Ceylon (1854) and The Nile Tributaries of Abyssinia (1867)].

In the year 1881 Al Mahdi who revolted against t the Turko-Egyptian rule in Sudan, managed to occupy Equatoria but was later defeated by the Belgian Congo to take control of the area before reverting it back to Britain.

When Britain crushed the Mahdi revolution, they established the condominium (Ango-Egyptian) rule in the Sudan. In 1902, Britain established three provinces in the Southern Sudan and six in the North as treated them as separate entities.

Lado Enclave, which became known as Equatoria was joined to Bahr el Ghazal in 1936 to form a giant Equatoria but was again detached from Bahr El-Ghazal in 1946.

During the independence of the Sudan from Anglo-Egyptian rule in 1956, Siricio Iro Wani, an Equatorian, was the first Southern Sudanese to be a member in the Sovereign Council in the government of prime Minister, Ismail Al Azhari.

People from Equaotria contribute tremendously in the struggle of South Sudan for independence. Among the prominent Equatorian who first raised the issue of the South was, Fr. Santurlino Ohure. Fr. Saturlino was the leader of Southern Sudan Federal Party, the first Southern Sudan Party after independence. When Ibrahim Aboud, a military commander, overthrew the government in a coup. Fr. Santurlino escaped to Congo, former Zaire, and formed the Sudan African Closed Distric Nation Union, which later became Sudan African Nation Congress Party (SANU).