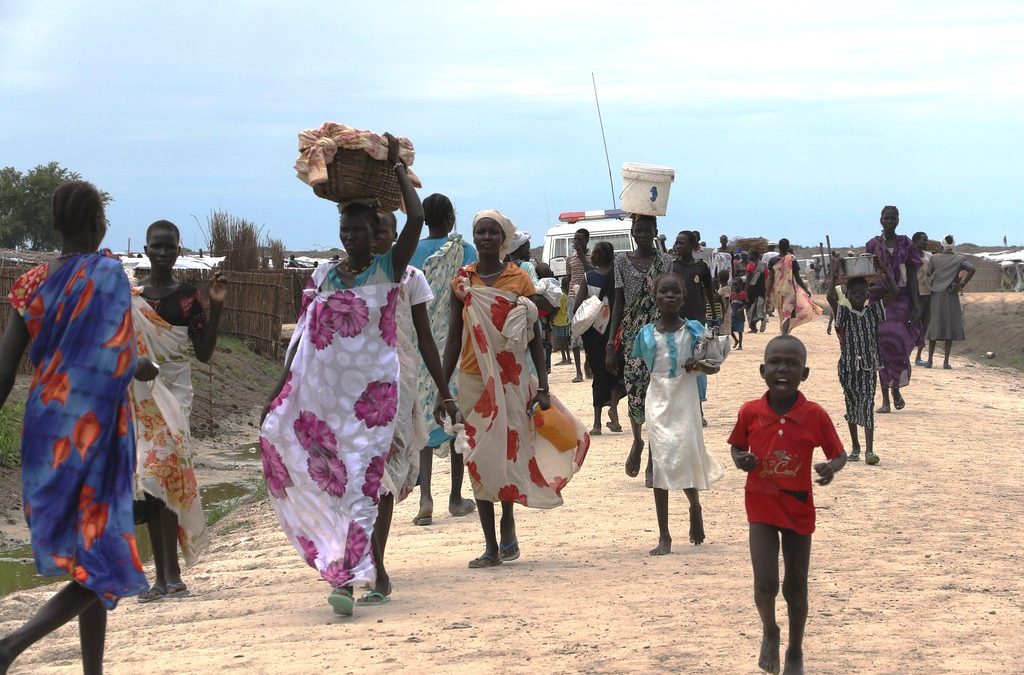 Southern Sudan as a region in the united Sudan, before independence, experienced years of brutal wars. The first war the people fought was against slavery, and the second war against marginalization by the successive regimes of Khartoum following independence of Sudan in 1956 from the Anglo-Egyptian condominium rule.

Before the scramble of the Europeans and other invaders to the present South Sudan, our people organized themselves in kingdoms and chiefdoms. Some of the prominent kingdoms were the Azande, Nuer, Shilluk and others.
According to oral history, Azande kingdom was one of the biggest kingdoms that encompassed many present day African countries.
The plight of our people started when the Turks came into the scene following the conquest of the Byzantine Empire in1453, which ushered the Othman Empire.

The upsurge of the Ottoman Empire to prominence in the world scene was the beginning of the pain of our people.
During the Mamluks rule of Egypt, though they were slaves themselves, there was no record of their involvement in slave trade against our people.
Things changed rapidly when the Turks conquered Egypt and instituted Muhammad Ali of Egypt and the Sudan, as the Othman governor of Egypt. In order to supply the Empire with troops, he launched campaigns to capture our people. According to oral history, our people staged resistances against these invaders. Our people fought against the Turks, who were commonly known as Tukutuku amongst the locals.

Our brothers in the North, who identified themselves as Arabs, also participated in this heinous crime of slavery. People like Al-Zubayr Rahma Mansur Pasha; personally relocated his headquarter in Bahr el Ghazal and established his forts known as Zaribas with a well-known one in Wau known as Dam Zubayr.
In 19th century, British Empire started to lobby for the abolition of slavery. This new move, created a new political dispensation in the Sudan. With this new development, Al Mahdi staged a revolution as the source of their income through slavery was about to end in addition to the yearly tax that imposed on Sudan by the Turku-Egyptian governor.

To enforce the abolition of slavery in Sudan, Britain imposed closed district ordinance in most of the areas. It closed South of Sudan to Northern Sudanese. This condition continued throughout the condominium till the independence of the Sudan.
However, during this time, a lot of organization was done by our chiefs. They presented their accumulated grievances during the Juba conference in 1947. When Britain did not heed to the pleas of our people, they (our people) staged a coup in 1955 by the Equatoria corps in Torit. That was the beginning of the struggle of our people.
This first war culminated in Adisaba agreement. During this period, Southern Sudan witnessed a period of tranquility from 1972 to 1983.
During the Southern Sudan rule (High Executive Council), the people of Southern Sudan enjoyed relative peace. A lot of developments happened. A number of schools were opened, especially secondary schools. The ministries and the houses for the ministers were built by the Yugoslavians in Juba. Juba was partially tarmacked. There was running water and electricity in most of the government houses. A public bus line from Muduria to the ministries was running. Juba University was opened during this time. Nyakuron cultural centre was opened and many other tangible developments were evident.

This tranquility in Southern Sudan lasted until 1983 when the SPLA/SPLM movement was launched. With the signing of the comprehensive peace agreement, there was hope among the people. The referendum and the separation of South Sudan in 2011 was the climax of the achievement of the people of South Sudan.

The aspirations of the people of South Sudan were dashed when the ruling party, the SPLM, started to fight among itself. A fight broke out in 2013 due to internal issues which has spiral out of control and engulfed the whole nation.

War exacerbated by the fall in price of oil, which is the only source of foreign currency, have strained livelihood to unbearable level. Insecurity is the order of the day, even in the capital Juba. Cattle rustling among different communities are rampant. States in in Equatoria have witnessed unprecedented displacements.

The banner under which the SPLA fought seemed to have been pushed under the rag. Some people have gone to the extent of naming SPLM, the new imperialist (New Jallaba). This quagmire needs an overhaul of the system in the country, but the benefactors of the system are lobbying hard to maintain the status quo. The question that is still lingering in the minds of the people is; why did our people die during the 21 years of the civil war if the government is not able to render the simplest service to the people. Government employees have not received salaries for almost 6 months. The central bank has run out of foreign reserve.
The situation is dire. Most people now depend on their families who are in the West to support them. The future is bleak for the future generation. How long can South Sudanese endure this pain?